The store will not work correctly in the case when cookies are disabled.

We use cookies to make your experience better. To comply with the new e-Privacy directive, we need to ask for your consent to set the cookies. Learn More

Top Hat Cricket Farm opened in the early 1950s under the direction of Grant and Janet Eldred. Grant was a school teacher and opened Top Hat for the summer months to supply crickets to the fish bait industry. As the business grew so did the family. Grant and Janet had two sons, Dave and Dale, who both worked at the cricket farm while growing up, then embarked on other careers. 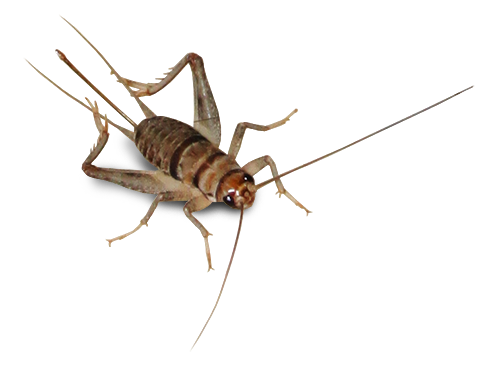 Dave went off to become an electrical engineer and held several upstanding jobs until the cricket industry called his name. He then came back to Top Hat where he and Grant worked together as Top Hat entered the feeder insect market.

As the feeder insect market grew, so did the company. Dave and his wife Jean bought Top Hat in 1989. Top Hat continued to grow with the feeder insect market year after year until it finally reached maximum capacity in the mid-1990s. Top Hat was able to sell 5.5 to 6 million crickets a week for several years. Dave and Jean had three sons, Bob, Tom, and Charlie which all came to work for Top Hat during the early 2000s. All three boys began working part time hours while finishing high school and their early college years.

Top Hat continued to grow until the acheta densovirus killed all of the crickets in 2010. While we were down, we worked tirelessly to find a cricket that would replace the acheta.

That brings us to the present day where Top Hat Cricket Farm still exists and is successfully growing the Gryllodes sigillatus, the tropical house cricket. This cricket has been well received by our customers, and we guarantee that your crickets are virus-free, alive, and healthy.